Do I Need Gallbladder Removal Surgery?

Problems with your gallbladder often result from gallstones. However, other problems may require its removal. You may experience pain in your upper body as well as vomiting and nausea, but when is it time to have it removed?

If left untreated, complications from gallstones and other gallbladder problems can grow worse over time. Sometimes even resulting in emergency surgery. Our team of surgeons have been certified by the American Board of Surgery to provide you with the quality treatment you need to return to the life that you love.

What Is the Gallbladder?

The gallbladder is one part of a larger network of organs and glands known as the hepatobiliary system. This system aids in digestion along with other bodily functions. In fact, the biliary in “hepatobiliary” comes from the gallbladder and bile ducts.

The gallbladder is located under the liver. Small and pear-shaped, your body uses this organ to store bile as well as aid in its production. Originally produced in the liver, bile is released to help digest fat and specific vitamins.

Do I Need My Gallbladder Removed?

Gallbladder removal, also known as cholecystectomy, usually becomes necessary due to the development of gallstones and the side-effects they create. These “stones” develop when digestive fluids harden inside your gallbladder. They can range from the size of a grain of rice to the size of a golf ball. You can also have one or more gallstones at a time.

Experts aren’t clear why gallstones form. It may be a result of bile containing too much cholesterol or bilirubin, a chemical resulting from red blood cells being broken down. Gallstones may also be caused by a concentration of bile due to the gallbladder not being emptied regularly or enough.

Gallstones found in the gallbladder come in two types:

Cholesterol gallstones are the most common type of gallstone. They’re usually yellow in color and are primarily made up of cholesterol that hasn’t been fully dissolved. Pigment gallstones are black or brown and develop when you have too much bilirubin in your bile.

It’s important to note that gallstones aren’t the only reason that you may need to have your gallbladder removed. While common, other complications can occur that may require its removal.

It’s possible to have gallstones without any signs or symptoms. Gallstones rarely require treatment in these cases. On the other hand, people experiencing signs or symptoms of gallstones will usually need to have their gallbladder removed. This is usually due to a bile duct being blocked by stone, resulting in complications of the hepatobiliary system.

Complications involving the gallbladder include:

Gallbladder polyps grow on the inside of the gallbladder. These polyps are rarely cancerous, with around 95% being benign. However, polyps that are larger than half an inch have a much higher chance of being malignant. In these cases, your doctor may recommend removing the gallbladder to get rid of the polyps.

Inflammation of the pancreas (pancreatitis) can occur for a number of reasons. When it comes to gallstones, it’s due to the stones leaving the gallbladder and blocking the opening of the pancreas to the small intestine. This can result in painful or even life-threatening fluid backup if left untreated.

Blocked bile ducts can result in bile duct disease. When functioning normally, your gallbladder releases bile to aid in digestion. Different factors can lead to bile duct disease, but blockage caused by gallstones are the most common. This can cause bilirubin and bacteria to accumulate, resulting in a severe infection.

Surgical procedures generally come in two types: open surgery and laparoscopic surgery. “Open surgery” is what most people probably think of when they think of surgery. It involves making a large incision that allows surgeons to see and access whatever part of the body that requires treatment.

Laparoscopic surgery, on the other hand, is much less intimidating. It’s minimally-invasive and uses smaller incisions than open surgery. This form of surgery takes its name from the laparoscope, which is a small tool with a camera and light on the end. It transmits what it sees to a high-definition monitor, allowing surgeons to operate without open surgery.

To perform a laparoscopic gallbladder removal, your surgeon will make four small incisions in your abdomen. They will insert the laparoscope in one incision and use the others to insert tools and remove the gallbladder.

Keep in mind that laparoscopic gallbladder removal isn’t right for everyone. This could be due to scar tissue at the place of incision or other complications. If this happens, your surgeon is still able to complete the procedure by creating a larger incision and removing the gallbladder using open surgery.

Do you need gallbladder surgery? The surgeons at Evansville Surgical Associates are certified by the American Board of Surgery and have the most up-to-date training in laparoscopic surgical techniques. Email us with any general questions or comments you may have.

4 Ways That Hepatobiliary Surgery Can Help With Gastrointestinal Issues

The hepatobiliary system is a complex group of organs that is essential for digesting fats and removing waste from the body. It’s made up of important organs such as the liver, pancreas, and gallbladder. Unfortunately, 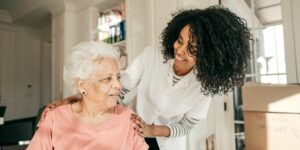 How We Use TCAR To Prevent Stroke in Evansville, Indiana

People’s day-to-day activities have drastically changed to safeguard themselves from the pandemic virus, COVID-19. Still, there is one thing people should not avoid — delaying care for life-threatening conditions such as carotid artery disease, which 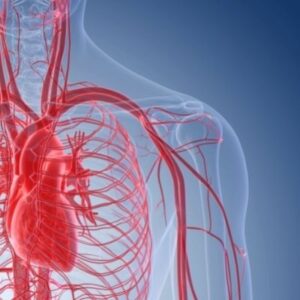 Vascular Screening: What It Is and When You Need One

Did you know that heart disease is the leading cause of death for adults in the U.S.? Thankfully, vascular screenings starting at around age 50 can help check your risks and ensure you get much-needed